On Saturday I raced my fourth 70.3 event, the first annual Mascomaman half-ironman triathlon at Mascoma Lake in west-central New Hampshire.

This should have been an "A race" but I just didn't train enough for it. And it was a TOUGH course, on a very hot and humid day. The run had WAY more hills than any other 70.3 I've done, and the bike course was certainly harder than at either Timberman or Syracuse.

It started with a very foggy swim, with plenty of inefficient veering because you couldn't see the next buoy (OK, OK, so I tend to do a fair bit of inefficient veering even when visibility is good... so I guess nothing new there), though that cleared up by the second lap. At the halfway point in the swim you had to run up out of the water and onto the beach for a second before going back in, and I actually really enjoyed that. The bike course is a good one, especially the first two-thirds or so of it. But there's an 8-mile long hill from 40–48 (basically all the way from Andover to Springfield), and believe me, that is a long way to climb on a bike. I was so tired by the time I got to the top, and the quick descent on the other side didn't revive me as much as I'd hoped. For the first time ever, my legs cramped on the bike during a race, right at mile 55. They never cramped on the run though, for which I'm very grateful. That was one long half-marathon as it was. Very hilly and hot in the second half. I finally crossed the finish line in 6:07:41.

I got a little bit of heatstroke after this one, and felt kind of nauseous for most of the ride back down to Massachusetts. I think I'm some kind of mutant North Pole man, and really don't do very well in heat and humidity. Still, it was a fun race that was remarkably well put together for such a small, first-time event. 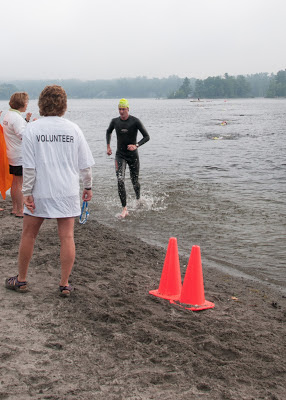 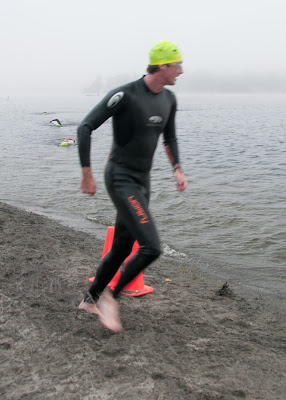 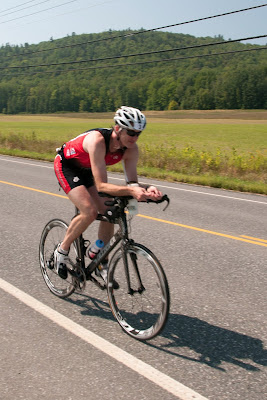 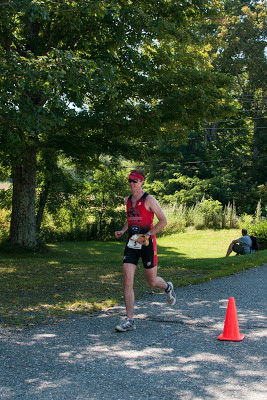