From Brattleboro, Vermont, it's hard to miss the towering mass of Mt. Wantastiquet looming large above the town just to the east across the Connecticut River. The wooded slope of the mountain's west face rises very steeply up from the river's edge and owns the scene. Most people in Brattleboro are familiar with the hiking trail that climbs for just under 2 miles to a clearing with a ledge and view out over town. But fewer are aware that the trail continues east from there (for quite a ways now, as part of the Wantastiquet-to-Monadnock Greenway) past the communications tower to Mine Ledge, Indian Pond, Daniels Mtn., Bear Mtn., Pisgah State Park, and more. One of the most dramatic vistas along the route, Mine Ledge, is only half a mile or so further along the trail from the Brattleboro vista on Wantastiquet.

Mine Ledge pano, looking west across Wantastiquet towards Vermont

On the afternoon of May 17, Jen and I set out to do a light after-work trail run to Mine Ledge and back. Conditions were great for it: a light breeze, partly cloudy with warm temps, and generally dry conditions (I've seen this route be pretty sloppy and slick in places in past springs). The eroded old dirt road that you use to climb to the vista from the bottom is fairly wide in most places and doesn't really feel much like a hiking trail. From the communications tower west, though, it's definitely much more of a singletrack hiking trail. It's surprisingly rugged as it undulates with the terrain along the summit plateau, rarely offering runners a chance to open up and get a good stride going. A little under two and a half miles from the start you arrive at the short spur trail to Mine Ledge. 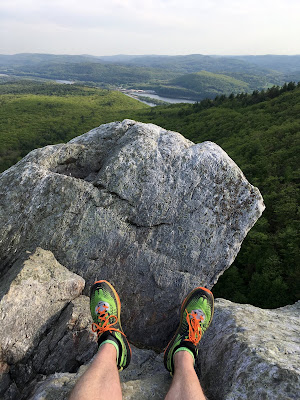 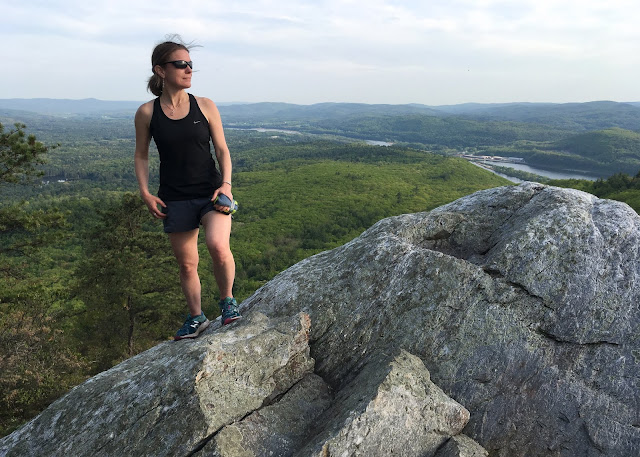 Jen at Mine Ledge 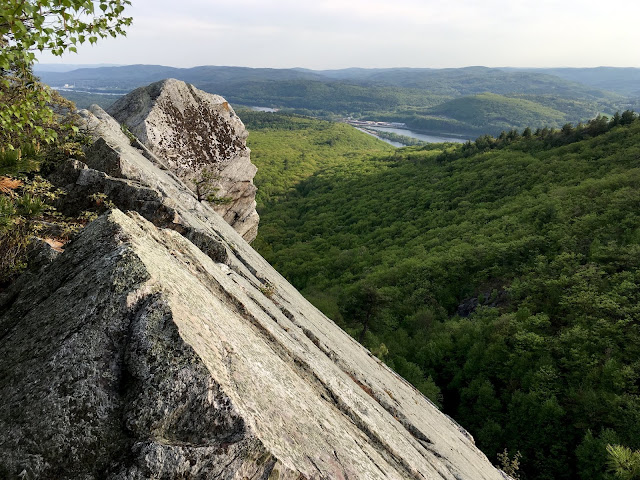 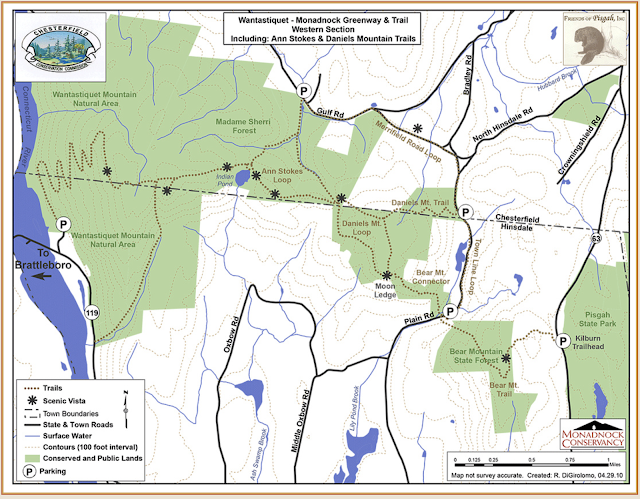 There's not too much more to say about this outing, other than we turned around after a brief rest at Mine Ledge and ran back to the trailhead. We were able to run pretty much the entire way, and the nearly 2-mile long descent from the vista ledge is actually pretty great, if a bit rough in spots. Afterwards we treated ourselves to a decent dinner at a terrific spot over at the Top of the Hill Grill just north of downtown Brattleboro. 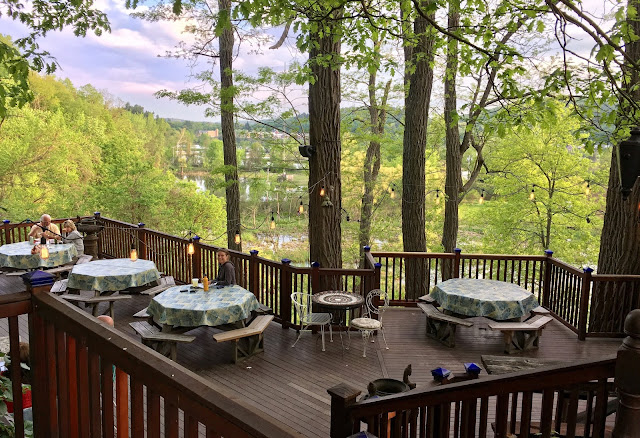