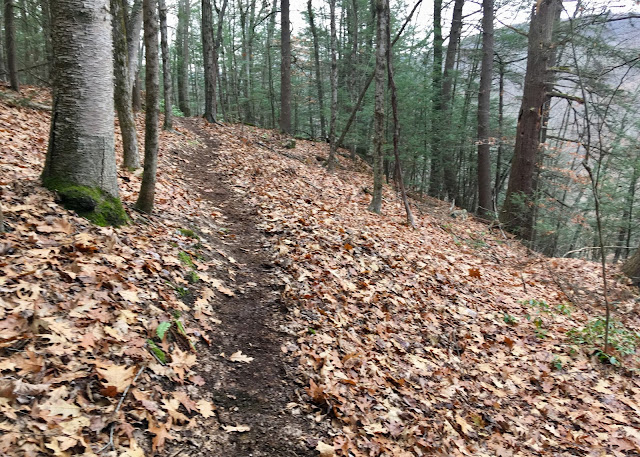 In northwestern Massachusetts, the mostly singletrack Mahican - Mohawk Trail runs like a broken necklace from Deerfield to North Adams. I say "broken" for three reasons. Partly because there are missing sections, such as between Shelburne Falls and Mohawk Trail State Forest; partly because there are two newly closed sections in Conway and Shelburne (one due to washouts south of Bardwell's Ferry and one due to a landowner's reluctance to allow people to cross his property); and partly due to general decay of the trail's infrastructure.

I included the eastern part of the trail as a profiled site (#27) in my guidebook Trail Running Western Massachusetts. Since publication of that book the washout closure happened and the lack of general maintenance has seemed more and more evident to me. The big fiberglass bridge over the Cold River at Polly's Crossing is still safe and spectacular, but the descent to the bridge from the southern side is heavily eroded and could probably use some new switchbacking work. And in various places along the trail, small wooden bridges and log stair steps have rotted to the point where they may be unsafe to use (be careful if you do).

Furthermore, there seems to be a tendency along the section south of Polly's Crossing to collect leaves. A LOT of leaves. They accumulate along the trail in tremendous volume and perhaps because of the north-facing aspect of the slope above the Deerfield River they don't seem to rot away during the course of the summer. As a result, the trail becomes ever-more obscured year after year and it can be hard to tell where it is sometimes, even with the white blazes on the trees. Also, the impressive depth of leaves covers the log stairs and over time causes them to rot away prematurely.

As a result, this section of trail doesn't seem to get a lot of use, and it's hard to blame people for staying away. And I think that's a shame. People generally really like long-distance trails like the AT, the NET, the Long Trail, the Windmill Ridge Trail(s) in southeastern Vermont, and the Mid-State Trail, etc. In time, the Mahican-Mohawk Trail seems like it could be as popular as those other ones, and also be one of the few east-west routes in the region. If enough people discover it and talk about it, the appeal could catch on. But at the moment the trajectory seems to be heading in the other direction.

Which is a very long preamble to me saying that I recently went out and cleaned up this section of trail a little bit. I raked some of the parts where the trail was entirely obscured, cleaned all the leaves out of the rotting log stairs, and moved countless blowdowns that were lying across the trail. Much more could be done, like edging the upslope side of the trail with digging tools, creating new switchbacks on the steepest sections, replacing the rotted log stairs, trimming back branches growing into the path, and cutting through or moving the larger blowdowns, but at least this feels like a start. 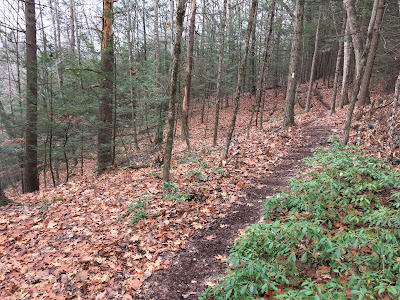 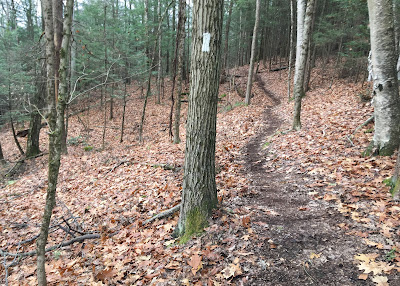 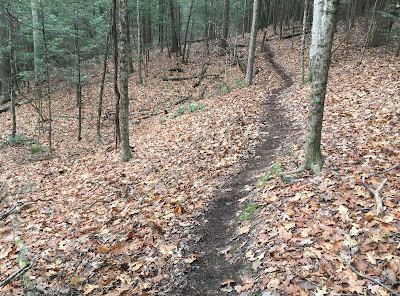 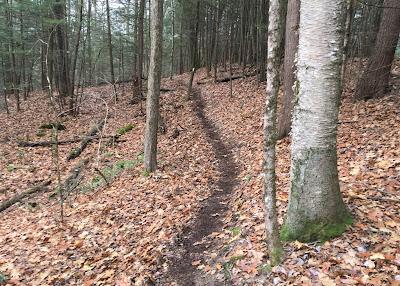 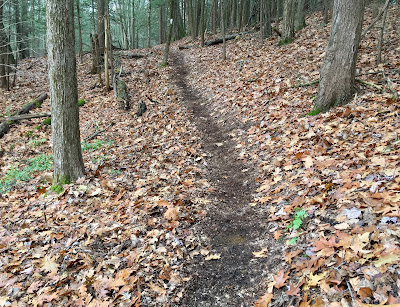 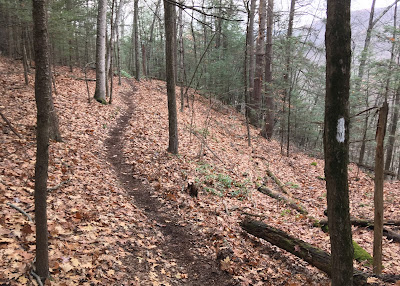 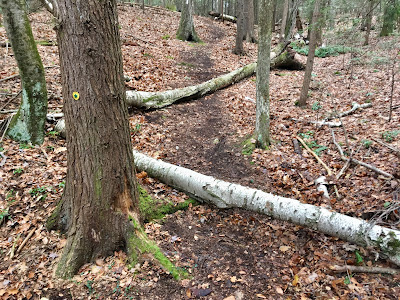 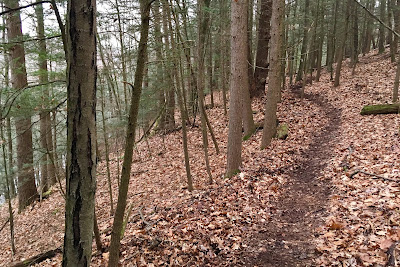 I've since gone back and run the section between Deerfield and Conway, and I have to say it was pretty fun. I've contacted the Deerfield River Watershed Association about future volunteer maintenance opportunities and hope that more people discover this hidden gem. Who's with me?


For more info about the Mahican - Mohawk Trail, check out this page on the MA DCR website.

Posted by Ben Kimball at 1:41 PM No comments: