By mid-to-late February of this year, you'd be forgiven for thinking that winter was long gone and spring was just around the corner here in west-central New England. On one particularly toasty day I think I was sweating up a storm in shorts and t-shirt on a run with temps in the high 60s. Snow was long gone, and most of the last few scheduled snowshoe races morphed into regular trail races out of necessity. You'd be right if you guessed that most of us outdoorsy types enjoyed the oasis of warmth, even if we still gazed longingly over at our running snowshoes and cross-country skis. You'd still have been wrong about winter though; it definitely wasn't done yet.

Strong storms in early March dumped tons of snow in the highlands of the Berkshires and Green Mountains, with some areas getting several feet in a single day. Just in time for the 2018 U.S. Snowshoe Nationals races at Prospect Mountain Ski Area in Woodford, VT, just east of and up the hill from the town of Bennington in the southwest part of the state. The event weekend took place March 10-11, 2018. I had photographed at the event when it was held there in 2014 (see my snowshoe racing blog post from that era), and was fortunate enough to get to shoot there again this time around. 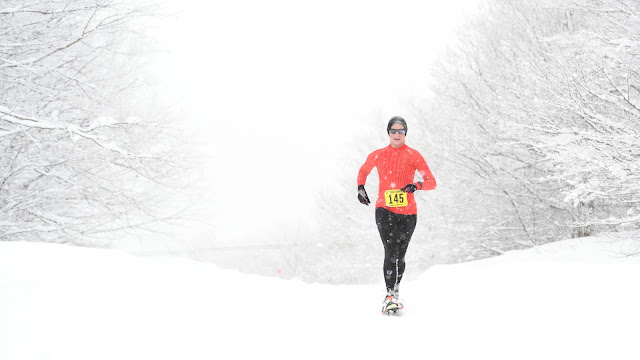 A racer summits the mountain in the Women's 10K championship race.

Here is a representative sampling of the various races that took places over the weekend, including a Citizen's Race 5K, a kids race, the mens and women's 10K championship races, and a trail marathon and half-marathon (all photos copyright Ben Kimball Photography): 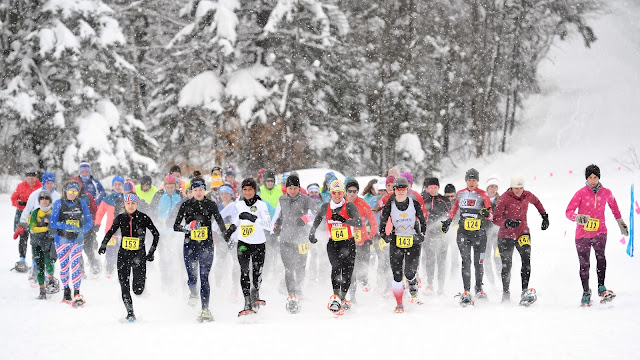 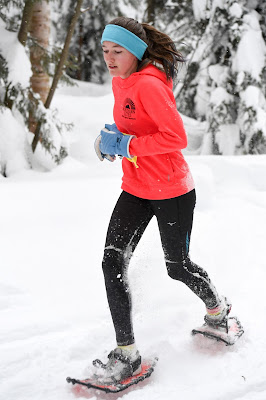 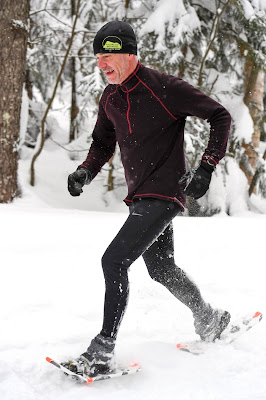 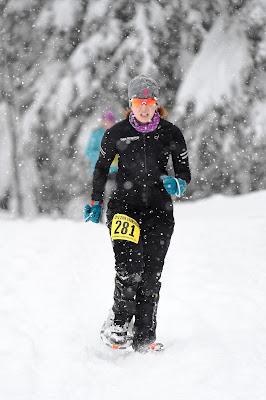 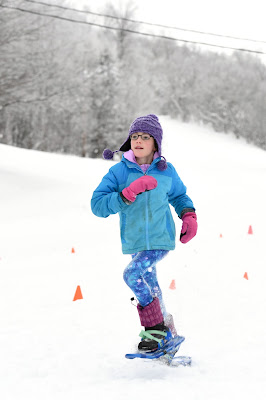 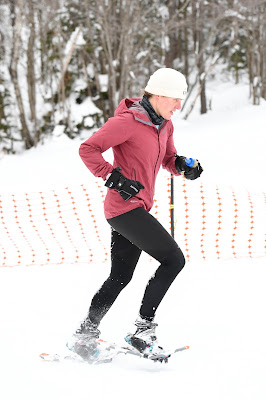 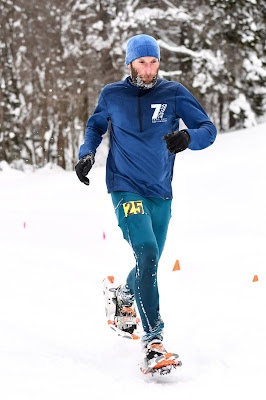 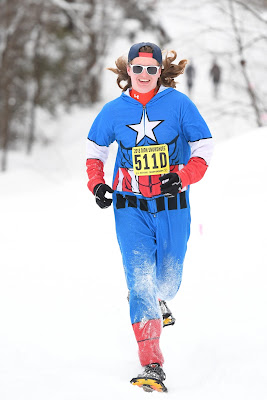 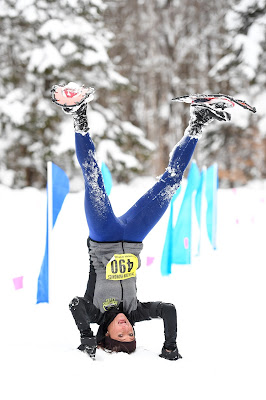 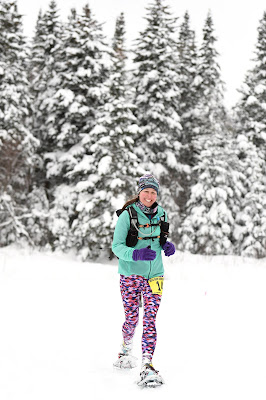 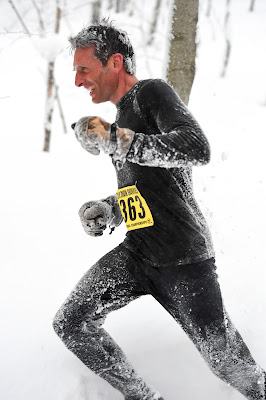 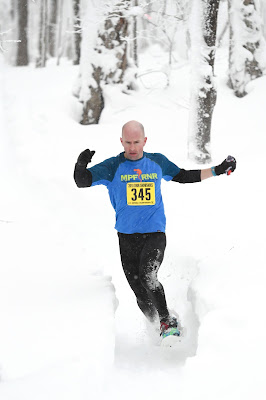 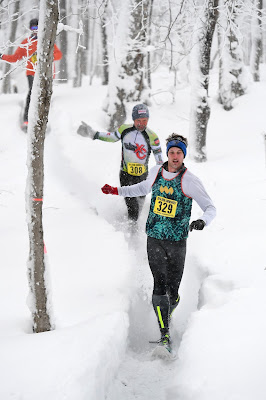 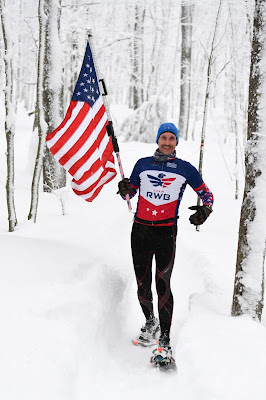 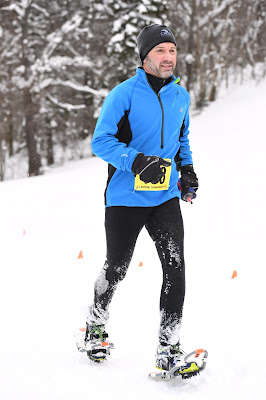 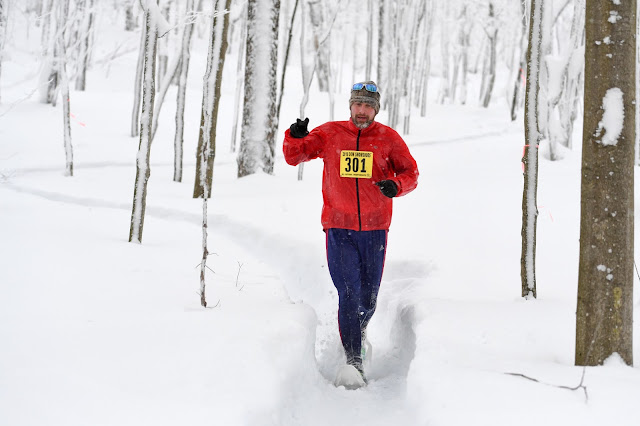 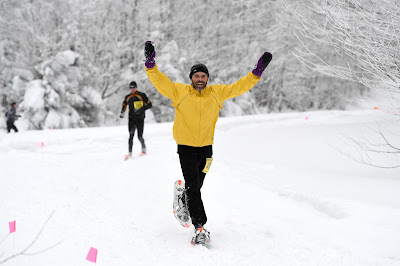 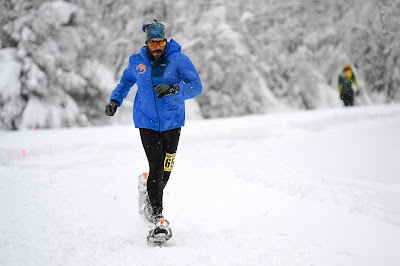 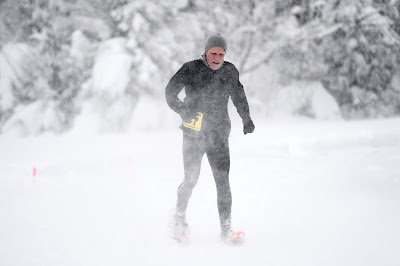 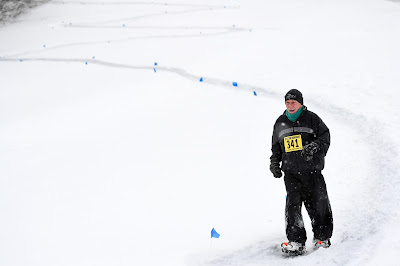 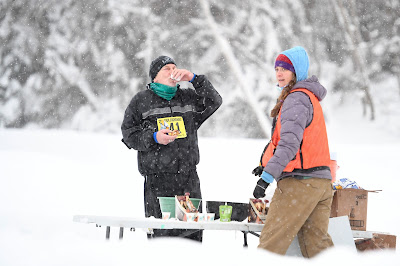 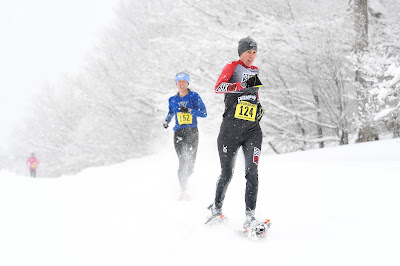 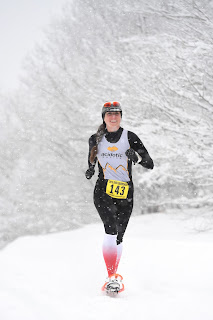 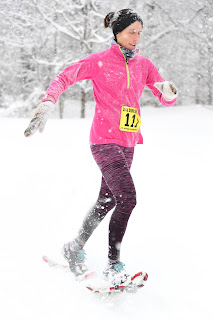 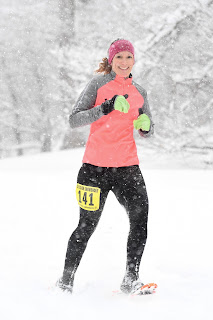 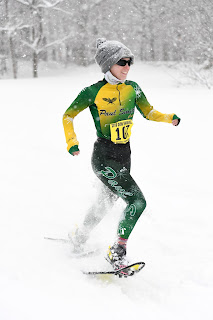 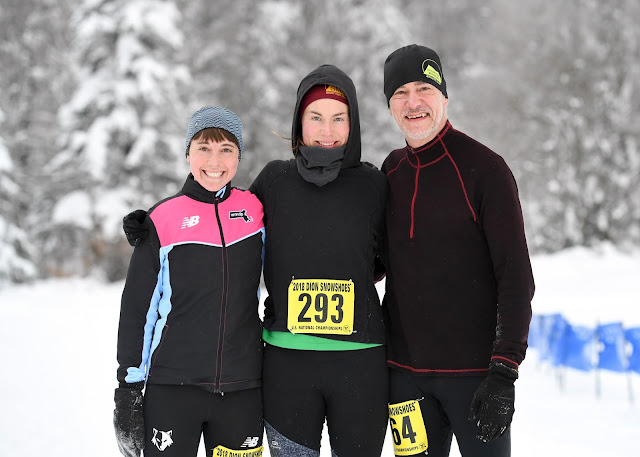 Elena Betke-Brunswick (left) with Laure and Tom Van den Broeck Raffensperger,
all from the happy Pioneer Valley of Western Massachusetts. 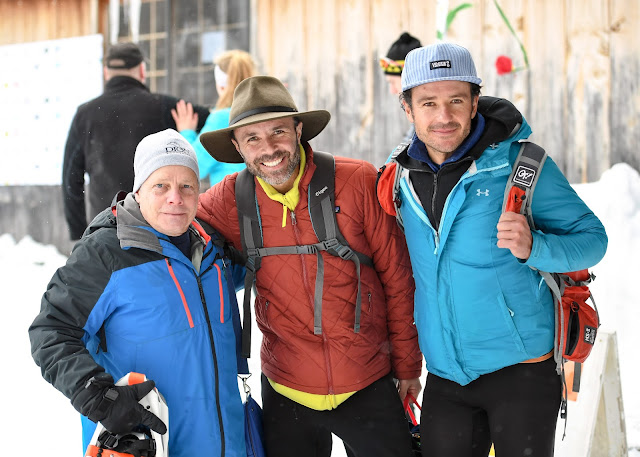 Bob Dion (left), founder and owner of Dion Snowshoes and sponsor of the event, with two strong guys from South America (who had never run in a snowshoe race before!).
Posted by Ben Kimball at 4:57 PM No comments: