Today I finally got to do a workout I'd been looking forward to for over a year: a road bike ride around Quabbin Reservoir, the largest lake in Massachusetts (~65 miles). I met up with my friends Maura and Brian (from NH) in Belchertown around 10AM. They had already started their loop about 30 miles ago, back at a friend's place in Barre, MA. It was fairly hilly for the first 20 miles or so as we headed north on Rte. 202 towards New Salem, not just on the initial climb up from town but along the whole way. But it was also scenic and fun. The road was constructed around the time the reservoir was built, so it doesn't feel quite like others in the area and there are long stretches with no houses or development in sight. At one point (in Pelham) you're way up on a hillside above the lake and there's a nice wayside pullover to enjoy the view from. The traverse across the north side of the reservoir into Petersham was also quite scenic, passing by a number of ponds and beaver wetlands, though the last few miles of that leg seemed to be ALL climb. It was pretty humid and warm out, so we stopped at the village green in Petersham for some drinks from the general store there.

We parted ways here. Brian and Maura finished their loop with a ride back into Barre while I headed due south towards Hardwick. Much of this leg was downhill, though there were a few climbs mixed in. I could see some pretty significant thunderclouds building in the sky to the south and west. From Hardwick I chose to jig northwest towards the reservoir for a bit. After a climb up out of town, I wound through some scenic wooded roads and eventually cycled past a cool-looking winery. Right around here the rain began. By the time I was trying to navigate around Ware it was really pouring down hard. The long climbs up out of Barre were crazy hard as the insane downpour smacked me with everything it had. My brakes were useless on the downhills after the climbs, and the traffic on Rte. 9 was really scary in the rain too. I was so glad to finally veer off onto the quieter (and nicely-paved) roads of Quabbin State Park.

The rain finally let up some at this point, and I really enjoyed my scenic tour through the park. The final miles back into Belchertown were fairly uneventful, though again traffic on Rte. 9 was a bit hairy. I was so ready to stop by the time I got back to my car. 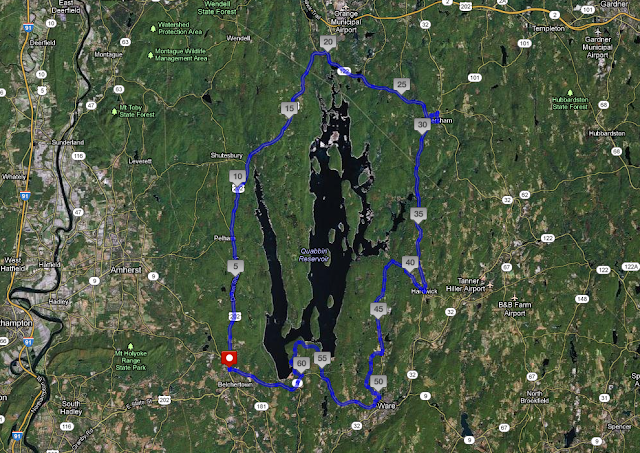 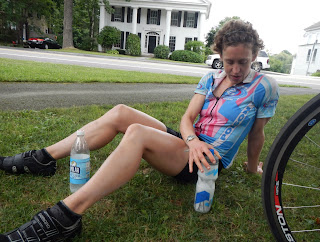 Maura after more than 60 miles in the saddle 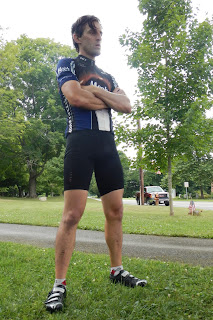 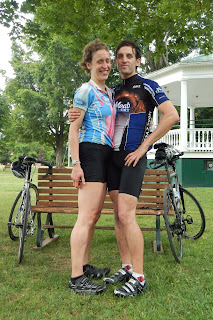 on the village green in Petersham w/Brian and Maura 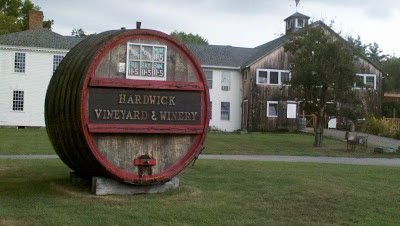 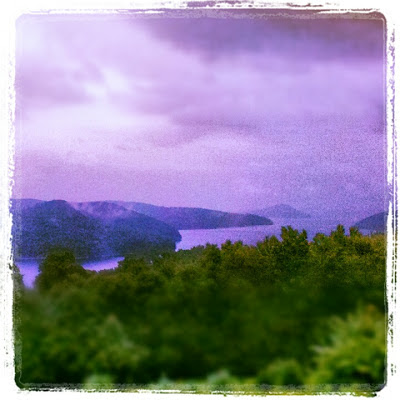 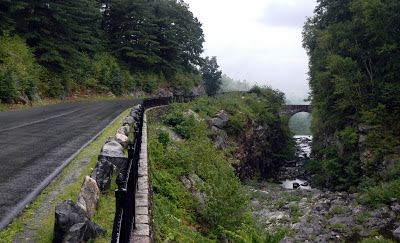 near the dam at the south end of the Quabbin 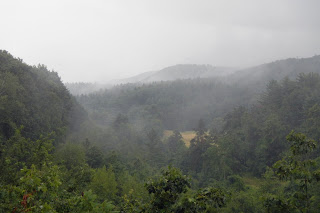 "even the jungle wanted him dead..." 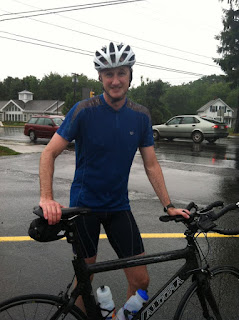 glad to be done (photo by Jen)
Posted by Ben Kimball at 3:55 PM No comments: